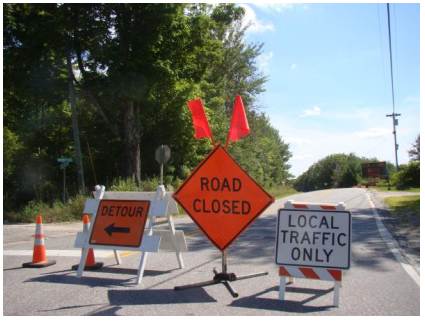 Motivational Overview: Every year in the United States over 7000 firefighter are injured, and sometimes killed, working at roadway incidents*. Whether a simple fender-bender, a multi-vehicle crash, or an incident involving significant resources, the need to re-route traffic is often a major concern. Pre-planning traffic detours removes a level of stress and replaces it with a level of sufficiency and confidence. (*NFPA Firefighter Injuries 2010 and 2011)

Steps to establishing a local detour routing program: Prioritize the intersections and areas where accidents or incidents have a significant impact on traffic flow. These target roadway hazards usually fall into two categories:

Determine which target roadway hazards areas have viable options for detours. Laws in many jurisdictions dictate activation of a detour route if the incident involves such variables as multiple severe injuries, the death of a human, or the need for crime scene investigation. Responder safety is also a valid cause, and in all cases, interagency communication is essential.

Law enforcement and other authorities as noted in your departments Standard Operating Guidelines (SOGs) should be advised by the Incident Commander as soon as the decision to implement a detour route has been activated.

Implement the detours pre-plan program and support it with training on their use.

Tasks at this stage include:

Maps of the detours for your target roadways hazard areas provide an efficient way to distribute information for your pre-planned detours. Maps can be static (hard copy) or electronic and should include written directions that are easily accessed and communicated during an emergency. 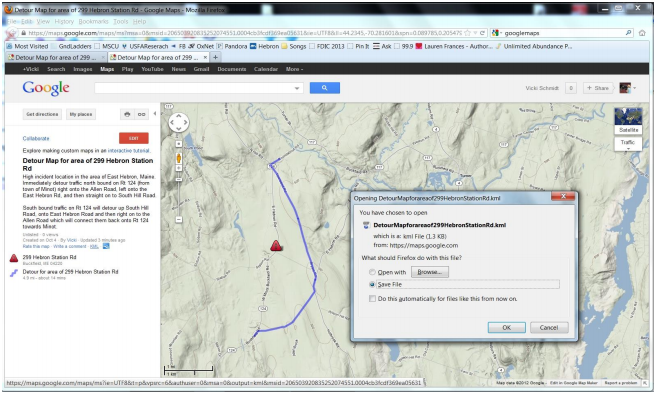 Pre-plans can also include mapped locations for placement of “emergency scene ahead” signs, as well as the placement of traffic cones for merging traffic and other scene safety items.

Note on the pre-plan if the planned detour needs to accommodate more than passenger vehicle traffic, such as larger vehicles, campers, construction vehicles, and tractor trailers.

If your planned detour includes non-paved and un-improved roads, low clearances, or hills greater than eight percent slope, not all traffic may be able to utilize it. Plan for staging or notifying incoming traffic further down-route of these limits to your
detours.

Working a roadway incident is a major cause of responder death and injury, but that these deaths and injuries are often preventable. Ensure that your maps, SOP’s, and training programs entrench core behaviors when working on roadways incidents that secure safe escape areas and proper safety gear:

Coordinate mapping and implementation plans with your local Department of Transportation, fire and police Units, and other town officials. In addition, share electronic mapping files and detour plans with your mutual aid departments. The quick implementation of a detour by a mutual aid town ensures increased safety and will allow your own responders to attend to duties directly on scene. 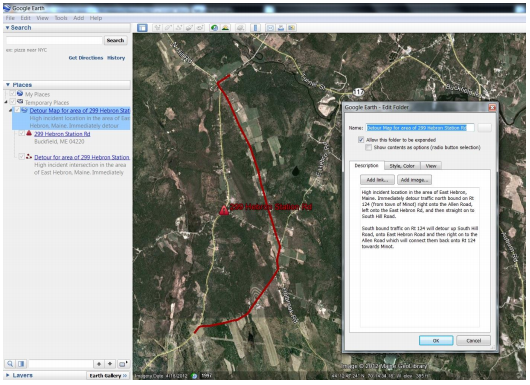 Mapping Resources
Several no or low-cost subscription mapping programs can be used to create simplified static and electronic maps of your target roadway hazards. Examples include Google Maps and ArcGIS Online. Both are quick to safe and share with local and mutual aid departments.